The Scales Don’t Lie… or Do They?

The Lamkin Clinic Blog The Scales Don’t Lie… or Do They? 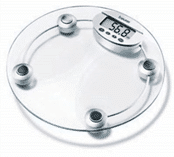 Many individuals start out with great emotion and dedication to lose 10, 15, 30, or even 50 lbs. The dieting, weightlifting, stretching, and cardio training begins. The tendency is for most to jump on the scale with increased frequency grasping at any sort of positive momentum they can obtain. Minimal loss or even gain in weight can stifle the enthusiasm that was so sharp only a few weeks earlier.

This is one of the primary reasons many go back to the old routine of eating anything they want and avoiding exercise like the plague! The truth is it’s hard to maintain an exercise program when it appears to be doing nothing for them. So, in short, the scales don’t lie…however, they don’t show the complete picture!

Time after time we see a client a few months after beginning one of our programs and they are hesitant to have their DXA body composition analysis because they’ve been watching the scales at home and not seeing much change.

Often, much to their surprise, the results of the body scan indicate a loss of 15 to 20 pounds of fat and a gain in the same amount of lean muscle mass. This is often a turning point in their program at which they go on to achieve optimum health including reducing their body fat % to healthful levels. With that, their risk for cardiovascular disease and cancer, high blood pressure, and Diabetes all have been significantly reduced only to be replaced by added years of health and quality time with friends and family.

None of these benefits would have been realized had they continued to watch the deceiving scale.