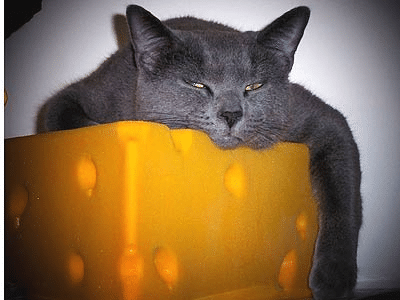 My wife was recently giving our daughter (3) and son (2) a bath while I tended to our other son (9 weeks). She recounted what has now morphed into the ‘Lexi saying of the day’. Our daughter, Lexi, is at that age where everything is magical and interesting and no boundaries exist for interpretation. So, as many parents with young children will attest, kids say the funniest things. I think there was a TV show to that effect…a la Bill Cosby.

So to get to the ‘Lexi saying of the day.’ While receiving her nightly bath, as my wife recalled, she suddenly elated… “This rag smells like a dragon!” That seemed like an odd thing to say even for a 3 year old. So my wife smelled the rag to make sure it hadn’t turned moldy. As it turns out, the rag just smelled like soap. So my wife asked her…What does a dragon smell like? Without hesitation Lexi retorted, “Like cats and cheese”.

Now I love repeating this ‘kids say the funniest things’ story but it makes me think about how the interpretation of one thing can be completely different from one individual to another.

However, when considering the hormones of metabolism and aging such as thyroid hormone and even testosterone, being ‘in range’ doesn’t impart the same peace of mind when one is searching for a cause of their fatigue, weight gain, or loss of sex drive.

I can compare two ‘me’s’ in this scenario. The first ‘me’ just after medical school and residency training would have looked at a lab value and if the result fell between the two markers of high and low, would have been satisfied it was a normal result without question.

The ‘me’ after training in Age Management Medicine at Cenegenics Medical Institute will no doubt interpret these same lab values differently.

Research has shown that there are optimum values within normal ranges for certain hormones of metabolism and aging such as Thyroid and Testosterone that impart better health and lower risk for age related diseases.

These optimum ranges are often in the upper quartile of the normal range for that particular hormone. Other hormones such as Insulin and Cortisol should be in the lower quartile for optimum health (except certain times of the day such as after eating with insulin and upon waking with cortisol).

The point is that if you are struggling in certain areas of health and are being told everything is “normal”, Does your physician think your washcloth smells like ‘cats and cheese’ or just soap?